The Astrology of Sonic The Hedgehog

ThaBadbrey Astrologer Says;
You are about to read an “Astrology-Bite”.

This issue
shall deal with the somewhat sub-conscious Astrological connotations,
that can easily be drawn upon and associated with that of
“Sonic The Hedgehog”. 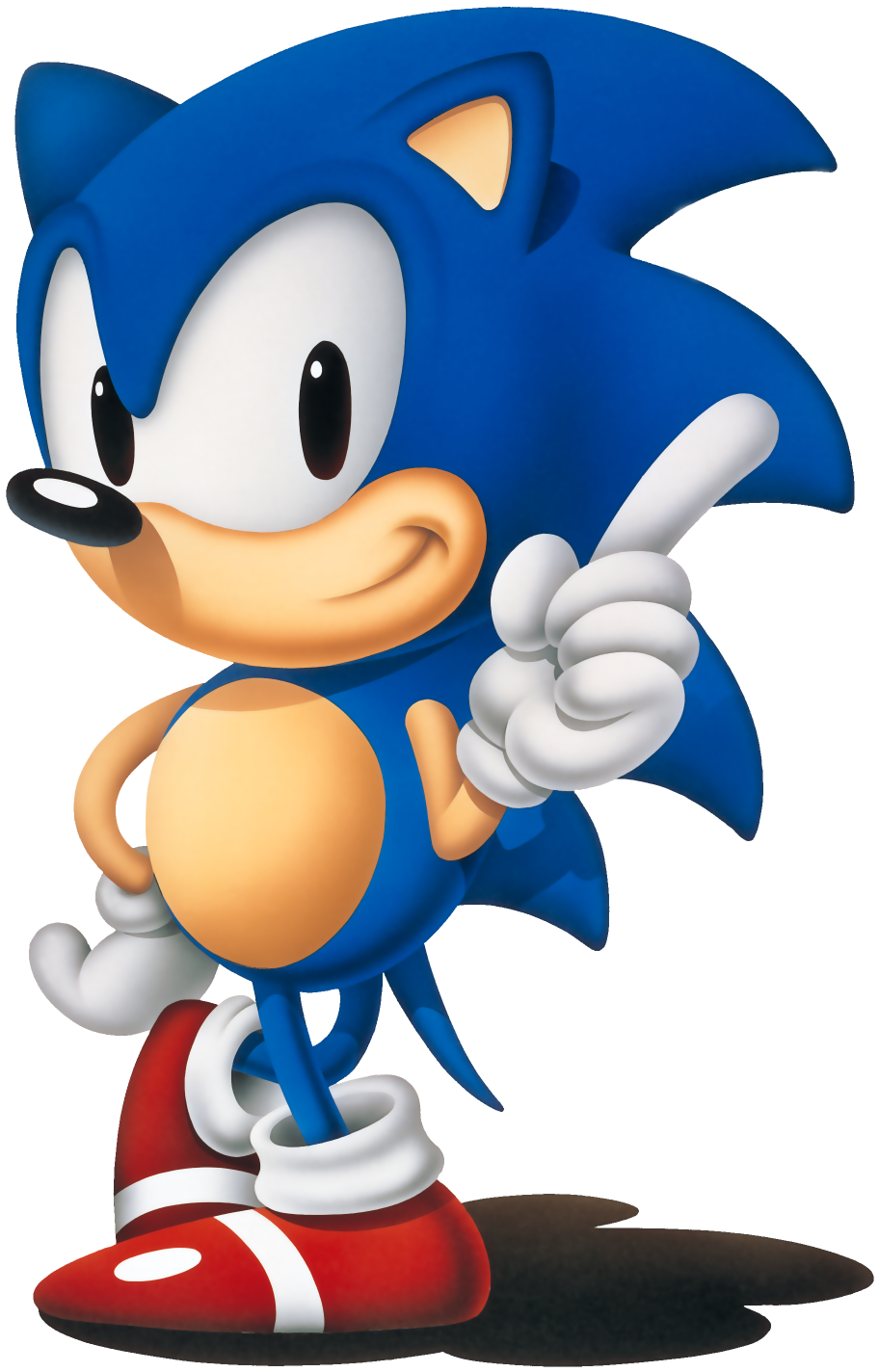 Although,
I am fully aware of the fact that the character of, as well as the computer/video game known as “Sonic The Hedgehog”, has indeed undergone a vast array of changes, innovations and revamp-ifications since its original inception circa 1991, for the sake of brevity, (and due to me not having played, and therefore not being familiar with any of the later installments of the video game franchise, that were introduced after “Sonic 1”, “Sonic 2”, “Sonic 3” and “Sonic & Knuckles”, which were, by that point in time, all well established brands within their own right) I shall only deal with the Astrological influences and/or nuances of these first four games.

So,
without further Ado, let me get straight to it, beginning with the most obvious point of initiation. As an Astrologer, it is extremely apparent to me that the character of “Sonic The Hedgehog”, seems to have been designed with an especially specific Astrological “Cardinal Sign” in mind. The somewhat humanoid looking (while still managing to somehow pull-off the original spiked/spined look of the original animal in question successfully) character, is presented as a kind of saviour and/or “Leader”, of all his smaller animal family members, that Sonic seems to surreptitiously free from bondage each and every time he destroys one of his soulless-looking mechanical/robot enemies, sent by the evil Dr.Robotnik, to invade and destroy their once peaceful “Domestic” environment. The heart of their “Home”(The “Green Hill Zone” in “Sonic 1”, “Emerald Hill Zone” in “Sonic 2” & the “Angel Island Zone” in “Sonic 3”) being a beautiful utopian Island paradise, stationed atop and afloat of what looks to be a boundless “Ocean of Blue/Water”. The fact that the character designer decided to make this humanoid hedgehog-looking protagonist appear to onlookers as the colour “Blue”, coupled with the behavioural characteristics of Sonic himself, who seems to be very “family” orientated, to say the least, as he strives to “Protect” his animal brethren at all costs, is a blatant “Astrological” giveaway.

It is clear to me that Sonic himself is a personification of the “Astrological Cardinal Sign” of “Cancer”, domicile of the “4th House”. An interesting observation, is that when peering at the original image of Sonic, shown at the beginning of this article, it is very obvious that only “Four” of the spikes/spines on his back appear to be showing. (The lowest and smallest one beneath the four larger above, seems to be his tail) Of course, from the point of view of an Astrologer, I think it is of no coincidence whatsoever that this is the case, as the number “Four” is an allusion to the “4th House”/”Cancer”.

The above aforementioned points of Astrological connotation can therefore be summarised as follows;
“Cancer”/”Home”/”Family Orientated”/”Protector of Family and the Domestic Environment “ -> “Cardinal Sign” -> “Leader”/”Protagonist” -> “Cardinal Water Sign” -> “He is aesthetically Coloured as ‘Blue’”, which is indeed the colour associated with the “Water Triplicities” of the “Zodiac”, in terms of their elemental representation.

The “4th House” is also the domicile of the “Moon” which has “Rulership(Leader…again)” over “Cancer” as well as the “Emotions”. As Sonic is, as far as I’m concerned, clearly a “Cancer”, he is most dismayed and “Emotionally” disturbed, if not distraught, at what he has had to bare witness to, via the actions of his arch enemy and chief antagonist, Dr.Robotnik.

Additionally,
you may (or may not) have observed in the above image of the “Cardinal” Character in question, that he is pictured wearing “Red” shoes, or sneakers. The association of these shoes having something to do with the speed at which he is able to reach on foot, whilst in hot pursuit of Robotnik, as he chases him over Green Hills, Marble Palaces as well as through Ruined Labyrinth Mazes, while performing elaborate acrobatic feats at neck-breaking, and sometimes blindingly disorientating speeds, is a blatant allusion to the “Astrological Fire Sign” of “Aries”. He has so much “Drive”, “WillPower” and a “Burning Passionate Desire”, to “Stop” Robotnik at all costs. Circumstantial evidence (based upon personal experience) also suggests that he is only able to reach these immense speeds if he is able to “1st” move in “One”, “Direction”, for a specified period of time beforehand. In some instances, he even makes a “Head On Collision/Aries/Ram/Battering-Ram” with a wall, and manages to break straight through it, and reach the other side with relative ease.
Again;
“Aries”/”Colour Red” -> “Red Shoes/Break-Neck Speeds in One Direction” -> “Burning Desire/Passion/WillPower” -> “Head On Collision/Ram/Battering-Ram/Tackling the Situation Head On, and Over Coming Obstacles by Breaking Straight Through” –> These are all “Aries” Characteristics. Also, it seems to me that before Sonic is able to begin this relentless pursuit of his enemy, he needs to “1st” put on his “Red” sneakers. Again……it is of No coincidence, I think, that the “Sign” of “Aries” also happens to be a Native of the “1st House” within the “Zodiac” and marks the beginning of “Spring”. Hence, Sonic The Hedgehog himself, it seems, is the main individual responsible for the saviour of the entire animal kingdom, and his arrival heralds the initiation of a new era in humanoid hedgehog history.

Finally,
as observed in “Sonic 2”, “Sonic 3” & “Sonic & Knuckles”, when Sonic manages to (Re)collect all “ 7” of the precious “Chaos Emeralds”, after they were stolen by the evil Dr.Robotnik, something seems to change within him upon a “Spiritual level”. Sonic goes through an amazing transformation, whereby he is transfigurated into “Hyper-Sonic”(or as I like to refer to it, and for those of you who are familiar with “DragonBall Z”, “Super-Saiyan-Sonic”), an amazingly luminous looking bright “yellow-ish” shining & somewhat enlightened being, in the form of a now extremely furious as well as determined
little hedgehog.

Whilst within this state, he appears to have had enough with Dr.Robonik’s evil shenanigans and has been pushed over the limit, having tipped his moral “Scales” so to speak, The Last Straw has been Pulled! In order to restore “Balance” within the world of the animal kingdom, Sonic feels as though he must go “All-Out” and “Attack” his enemy, with No Holds Barred! His hair takes on a Super-Saiyan/Super Sayajin-1 like appearance, and he is now almost uncontrollable whenever “Airborne”. In light of the aforementioned “Astrological” references above, it is indeed obvious that Sonic has moved from his natural “Blue” state of “Cancer” the “Cardinal Water Sign”, and over into the “7th House”, where his transformation has caused him to take on the behavioural persona of a now furious “Libra”, the “Cardinal Air Sign” of the “Zodiac”.

Summarised again as follows;
Robonik seems to have “Tipped Sonic’s Moral Scales” -> Sonic Now Seeks to Restore “Balance” -> He seems to have become lighter, (in colour ->now “Yellow-ish“, alluding to an “Astrological Air Triplicity” as well as) weighing less than before, and is now more “at-home” whilst “Airborne” as a result of this newly realized transfigurated state -> “Scales” -> “Balance” -> “Airborne” -> “7 Chaos Emeralds/7th House” -> “Libra/Cardinal Air Sign” of the “Zodiac”.

Another interesting observational “Aspect”, is that, in order for Sonic to transform into “Hyper-Sonic”, he must “1st” collect 50 Rings and then jump into the “Air”.

Although it can easily be made almost as clear as the now brightly coloured Sonic himself, that the “Air Jumping Aspect” is a more than obvious indication-al allusion to “Libra”, the Astrological significance of the “1st Collect 50 Rings before Transformational Jump can be Effective” requirement, is not so obvious. In both, Sonic 1 & Sonic 2, after 100 Rings are collected, Sonic is granted an Extra Life as a result of this achievement. This is where the “Libra” connotation can be implicitly observed. It is only after collecting exactly “Half”/”50%” of what is needed for the acquisition of an Extra Life, that the extremely “Libra” like characteristics of Sonic can be unleashed for all to see, in full bloom and in magnificent glory. The value of “Half” of what is needed, is another subconsciously implied connotation-al attachment to the “Scales” of “Libra”. Only having “Half” of a “New Life”, so to speak, he is now “Driven” to collect more Rings (in Sonic 3 as well as Sonic & Knuckles, if he manages to collect the “Lightening Shield”, he also becomes a walking Ring magnet himself, as he attracts Rings towards him from far and wide, due to his energetic “Charm“, very “Libra” like, if I must say so myself!,) and “Balance” out this perceived injustice once and for all, his life can now be made anew, being “(Re)Balanced” to “Full” again. Thus, he triumphs by finally restoring the peaceful life of his beloved animal family, to being one of “100%”-“Peace”, “Love”, “Balance” & “Harmony” once more, hence the “(Re)Balancing of the Scales”. -> “Libra”.

Also,
whilst in his “Hyper-Sonic” state of vibrational being, he appears to be impervious to any “Attack”. Seemingly having “Lost-It” & “Flipped-Out”, so to speak, and is now “Seeing-Red”. The new found way in which he appears to move rapidly across the screen (much to the frustration of many a player including myself, I might add) is extremely rambunctious, behaviourally speaking, while at the same time, his face seems to take on a permanent “Frown”, especially his “Eyebrows”.(I am fully aware that Sonic does not have any eyebrows! However, the shape of his eyes whilst within this state of “Hyper-Sonic”, seems to indicate that if he did have any eyebrows, their appearance would give off the impression that he is “Frowning”). Hence, his newly found “Hyper-Sonic” demeanor, coupled with his permanent “Frown” in contrast to his previous appearance, as well as appearing to now have become even more “Passionately Overt” in his efforts, is another indication of the “Astrological Sign” of “Aries”, which so happens to be the “Astrological Polar Opposite” of “Libra”,…again, No coincidence whatsoever!

(Based upon my own personal experience as an Astrologer/Astrologist, I have many a time observed that a large majority of individuals who I have come across, that are either “Sun-Sign Aries”, have many planets in “Aries” or their “1st House”, or are “Aries Ascendants”, usually have the typical characteristic facial traits regarding one facial feature in particular, their Eyebrows. The shape of which always seems to almost resemble the actual “Astrological” glyph that is used to represent
“Aries” itself). 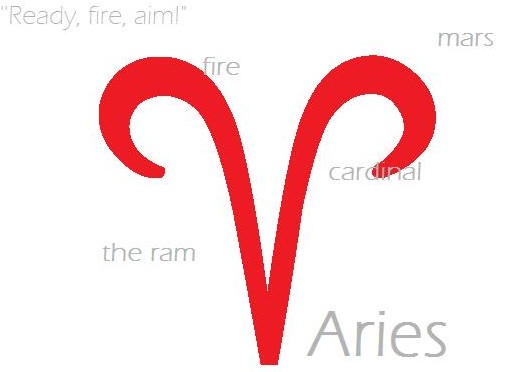 *Sigh*
There is so much more that could have been covered here regarding the “Astrological” connotations embedded within the “Sonic The Hedgehog” franchise in an exquisite, yet extremely implicit fashion. For Example -: The 7 Chaos Emeralds lining up with the 7 Chakras of the Body as well as the crystalline colours of each Gem, referencing a different “Planet” and/or “Astrological Sign”. Not to mention the shape and colour of the Gold Rings themselves, as well as the other protagonistic characters involved in this amazing adventure.
For Instance:
“Knuckles”(Shown Below); 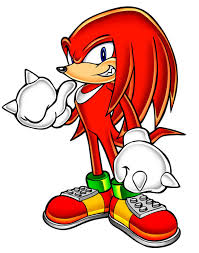 is blatantly an
“Aries”. (Notice his “Colour“, his expression/eyebrows, the characteristic “Aries/Ram“-like “Horns” on each glove/boxing mitt, upon each hand, as well as the fact that he seems to be the type who would “Hit ‘1st‘ & Ask Questions Later”!)

“Tails”,
who incidentally has not one, but “Two” tails (Shown Below); 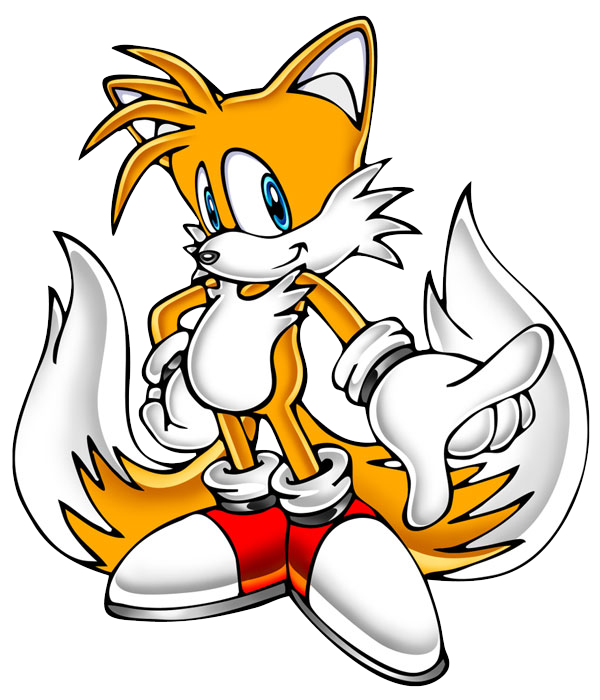 is obviously a “Gemini”, due to his “Double-Tailed” feature, as well as his chosen aesthetic “Colour” amongst other “Aspects” of his character and demeanor. But Hey!,… Not to worry, these “Aspects” will be covered later, in future issues of “Astrology Bites” all in Good Time my friends…..All. In. Good. Time.

As this is indeed “Astrology Bites” and Not “Astrology Giga-bytes”, I shall stop here. The above information provided should, I hope, keep you sated for now, as well as assist in the natural ability of your minds, to remain within a state of most enjoyable and amazingly wonderful learning in future times to come!