The Astrology of the TWIX Chocolate Bar

You are about to read an “Astrology-Bite”.

This issue deals with the Astrological Interpretation of packaging used for the “TWIX” chocolate bar. A few months ago, I conducted a short Astrological quiz between friends & family, carried out via Text Message.

The question I asked was as follows;
“The packaging of the chocolate bar known as ‘TWIX’ is mostly golden in colour and contains two sticks of chocolate. The ‘TWIX’ logo itself is written in ‘Red‘. The question is, Which sign of the Zodiac are ‘they’ using to manipulate ‘us’ via this aesthetic design?“

After a series of back & forth text messages, I finally revealed my version of the answer.

This is shown below;

Ok People, here is the Answer:
1. The “TWIX” packet is “Gold“, symbolising the triplicit element of “Air” within the Zodiac. 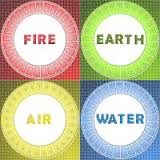 3. The Sign/Symbol Housed above the “i”, which is the 3rd letter of the “TWIX” logo upon the “golden” packaging, is almost identical to the glyph used to represent “Gemini“, the Mutable “Air” sign of the Zodiac and Native of the 3rd House.

4. The almost “sexual” nature of most “TWIX” adverts, that usually depict some type of incestual bond between the two “TWIX” sticks, is a blatant give-away.

5. The fact that cacao/cocoa (the main ingredient/s of chocolate bars) is/are a stimulant containing theobromine, means that shortly after the chocolate of the “TWIX”(Logo written in ‘Red‘ characteristic of Mars/Aries) bar is consumed, this stimulant is absorbed straight into the blood stream and goes “Straight-to-your-Head“, so to speak =>(Mars/Action/Direction governs/rules the “Blood“/”Blood Iron Level” and Aries governs the ‘Head‘ in Medical Astrology).

6. “Mars” rules the cardinal “Fire” sign “Aries“, both of which are symbolised by the triplicit representative colour of “Red“. Hence, the “TWIX” logo is written in “Red” to represent this rulership.

So,
In-short, the answer is;
“Gemini“, as it is the Mutable Air sign of the Zodiac and is also known as “The Twins“. Hence the two sticks of chocolate contained in the packet, which are similar in appearance to the “II” glyph/symbol located above the “i” in the “TWIX” logo. The colour “Gold” used for the majority of the surface area of the products packaging, also alludes to and points towards the indicational hint of the element of “Air“, as represented in the Zodiac.